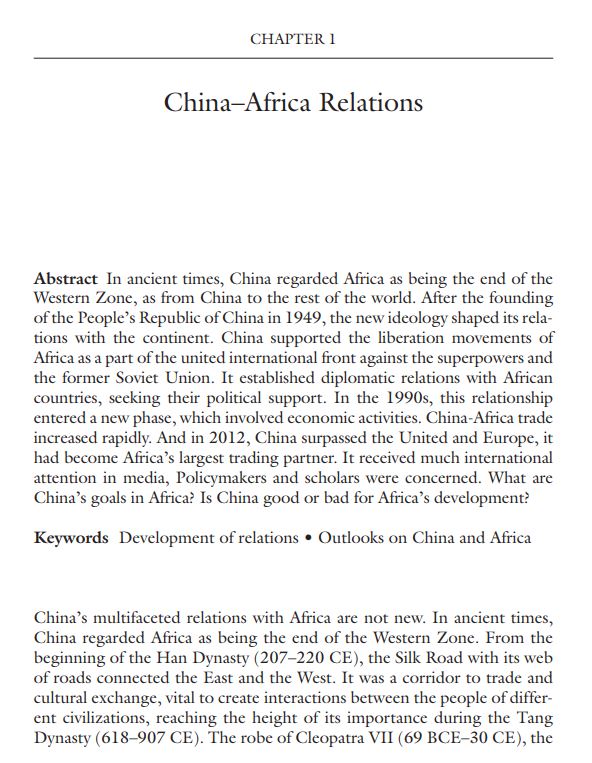 In ancient times, China regarded Africa as being the end of the Western Zone, as from China to the rest of the world. After the founding of the People’s Republic of China in 1949, the new ideology shaped its relations with the continent. China supported the liberation movements of Africa as a part of the united international front against the superpowers and the former Soviet Union. It established diplomatic relations with African countries, seeking their political support. In the 1990s, this relationship entered a new phase, which involved economic activities. China-Africa trade increased rapidly. And in 2012, China surpassed the United and Europe, it had become Africa’s largest trading partner. It received much international attention in media, Policymakers and scholars were concerned. What are China’s goals in Africa? Is China good or bad for Africa’s development?

Keywords Development of relations • Outlooks on China and Africa.