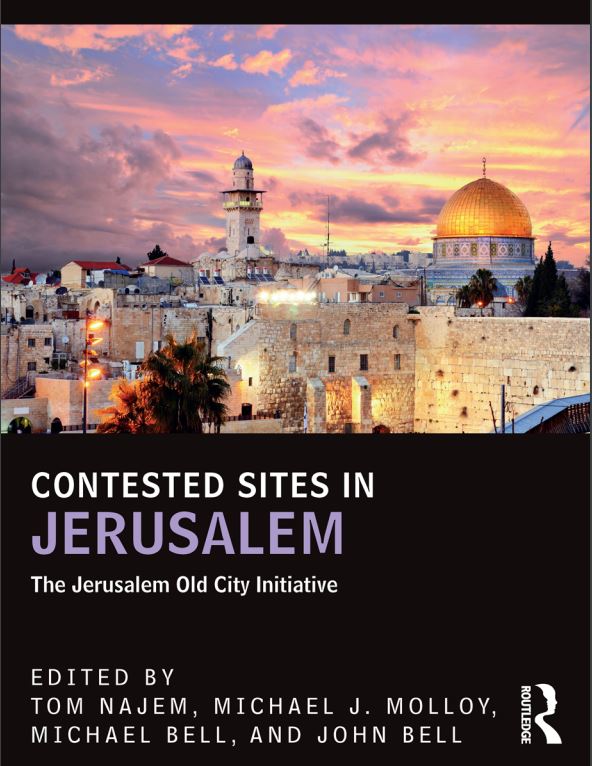 Contested Sites in Jerusalem is the third and final volume in a series of books which collectively present in detail the work of the Jerusalem Old City Initiative, or JOCI, a major Canadian-led Track Two diplomatic effort, undertaken between 2003 and 2014. The aim of the Initiative was to find sustainable governance solutions for the Old City of Jerusalem, arguably the most sensitive and intractable of the final status issues dividing Palestinians and Israelis.

This book examines the complex and often contentious issues that arise from the overlapping claims to the Temple Mount/Haram al-Sharif, the role of UNESCO, and the major implications of the JOCI Special Regime for such issues as archaeology, property, and the economy. Part I is dedicated to holy sites – ground zero of the Israeli–Palestinian conflict, a point reinforced by the autumn 2014 disturbances which threatened to spiral out of control and engulf Palestinians and Israelis in yet another wave of violence. Parts II–IV of the volume contain studies on archaeology, property, and economics that were written after the completion of the Special Regime model, specifically to address in depth how a Special Regime would deal with each of these three important areas.

Contested Sites in Jerusalem offers an insightful explanation of the enormous challenges facing any attempt to find sustainable governance and security arrangements for the Old City in the context of a peace agreement between the Israelis and the Palestinians. It will therefore be of immense value to the policy-making community, as well as anyone in academia with a focus on Middle East politics, the Israeli–Palestinian conflict, and the Middle East peace process.