China and Iran have quietly forged a comprehensive economic and security partnership that would pave the way for billions of dollars of Chinese investment in energy and other sectors, undermining the Trump administration’s efforts to isolate the Iranian government over its nuclear and military ambitions. Trade, economics, politics, culture, and security with a similar outlook and many bilateral and multilateral interests will consider some of them as strategic partners.

Chinese Foreign Minister Wang Yi was in Tehran to sign a 25-year-long partnership agreement between China and Iran. The agreement, according to a draft, specifies plans for economic, political and security cooperation between the two countries, which celebrate the 50th anniversary of diplomatic relations, since the news of the agreement appeared in the year 2016, the prospect of a closer alliance between two American rivals raised concern in the United States, and in a statement to US President Joe Biden in March 2021, he said that he had “been concerned for more than a year about this partnership.”

This detailed partnership came in a proposed 18-page agreement, which would greatly expand the Chinese presence in banks, communications, ports, railways and dozens of other projects, in return, China would get a very reduced regular supply of Iranian oil over the next twenty-five years, and it would also expand China’s influence. To a large extent in the Middle East region, which puts Iran in an economic lifeline and creates new points of tension with the United States.

The agreement also describes deepening military cooperation, which could give China a foothold in a region that has been a concern of the United States for decades, and it calls for joint exercises and exercises, joint research, weapons development, and intelligence information exchange, all of which to fight the unbalanced battle with terrorism and drug and human trafficking. And cross-border crimes, and this was confirmed by Iranian Foreign Minister Mohammad Javad Zarif, that the partnership first proposed by Chinese President Xi Jinping, during a visit to Iran in 2016, was approved by the government of President Hassan Rouhani in June 2020.

The agreement also includes proposals for China to build the infrastructure for a 5G communications network, to introduce the new Chinese global positioning system (Beidou), and to help the Iranian authorities assert greater control over what is circulated in cyberspace, and the Great Chinese Firewall is supposed to be activated.

This agreement has not yet been submitted to the Iranian parliament for approval or announcement, which has raised doubts in Iran about the government’s willingness to cede to China, and in Beijing, officials have not disclosed the terms of the agreement, and it is not clear whether the Chinese government signed it or If it had agreed, if the agreement entered into force, it would create new and dangerous flashpoints in the deteriorating relations between China and the United States, and represent a major blow to the Trump administration’s aggressive policy towards Iran since abandoning the nuclear deal reached by President Barack Obama and the leaders of six other countries in

In 2015, after two years of arduous negotiations, renewed US sanctions, including the threat to cut off access to the international banking system for any company operating in Iran, strangled the Iranian economy by intimidating much-needed foreign trade and investment.

But Tehran’s desperation pushed it to China, as Iran was one of the largest oil producers in the world, and its exports are the largest source of Tehran’s revenue, but it has declined since the Trump administration began imposing sanctions in 2018, and China gets about 75% of its oil from abroad, which is The largest importer in the world, at more than 10 million barrels per day.

This agreement comes at a time when the United States is suffering from recession and the Corona virus, and international isolation is increasing. Beijing feels American weakness. The draft agreement with Iran shows that, unlike most countries, China believes that it is in a position to challenge the United States, and it is strong in what Enough to withstand American sanctions, as they did in President Trump’s trade war.

As for Chinese investments in Iran, their total is estimated at about $ 400 billion over 25 years, and this in turn may stimulate more punitive measures against Chinese companies, which the new US administration has already targeted in recent months, and a spokeswoman for the US State Department wrote in response to questions. About the draft agreement, she said: “The United States will continue to impose costs on Chinese companies that are helping Iran, the world’s largest state sponsor of terrorism, by permitting or encouraging Chinese companies to carry out sanctioned activities with the Iranian regime that undermine

The Chinese government has stated its goal of promoting stability and peace. ” As for the Chinese Ministry of Foreign Affairs, “China and Iran enjoy traditional friendship, and the two sides have made contacts on developing bilateral relations, and we are ready to work with Iran to steadily enhance practical cooperation.”

Return of the lifeline to Iran

The nearly 100 projects in the draft agreement are closely aligned with the ambitions of Chinese President Xi Jinping, to expand his economic and strategic influence across Eurasia through the Belt and Road Initiative, a massive aid and investment program that will affect projects including airports, high-speed rail and metro. The tunnels will affect the lives of millions of Iranians, and China will develop free trade zones in Mako in northwestern Iran in Abadan, where the Shatt al-Arab River flows into the Persian Gulf, and on the Gulf island of Qeshm.

Therefore, it seems that moving forward with a large-scale investment program in Iran indicates Beijing’s increasing impatience with the Trump administration after it abandoned the nuclear deal, and China has repeatedly called on the US administration to preserve the deal, to which it was a party, and strongly condemned America’s use of unilateral sanctions. the side. This was confirmed by Ali Gulizadeh, an Iranian energy researcher at the University of Science and Technology in China, who said: “Both Iran and China view this deal as a strategic partnership not only in expanding their own interests but facing the United States, and it is the first of its kind for Iran, And Iran’s keenness to have an ally, a global power.

On the other hand, Ayatollah Khamenei’s chief economic adviser, Ali Agha Mohammadi, appeared on state television recently to discuss the need for an economic lifeline, and said that Iran needs to increase its oil production to at least 8.5 million barrels per day in order to remain a player in the energy market. That is why it needs China, and Iranian supporters of the strategic partnership say that given the country’s limited economic options, a declining free currency, and lackluster prospects for lifting US sanctions, a deal with China could provide a lifeline.

China has also strengthened military cooperation with Iran, the People’s Liberation Army Navy visited and participated in military exercises at least three times, starting in 2014 and most recently in December 2020, when the Chinese missile destroyer, Xining, joined a naval exercise with the Russian and Iranian navies in the Gulf, The state-owned Xinhua News Agency quoted the commander of the Iranian Navy, Admiral Hossein Khanzadi, as saying that the exercises showed that “the era of American invasions in the region is over.”

Repercussions of the China-Iran agreement 2021.

First: Media reports indicate a tendency to exaggerate the nature of the agreement. For China, comprehensive strategic partnerships or CSPs are a standard tool for foreign policy, by signing roadmaps for economic and security cooperation with countries across the Middle East, as it seeks to ensure that it does not fuel fueling. Regional rivalries. China has concluded similar cooperation agreements with Iraq, which were signed in 2015, and the Kingdom of Saudi Arabia

Second: Far from referring to a uniquely deep or ambitious alliance between China and Iran, the newly signed CSP reflects Iran’s long-frustrated efforts to get China to offer the same level of economic and security cooperation it does to other countries in the Middle East, in a study last year. 2020 On China’s relations with Iran and five other Middle Eastern countries, Iran was found to be lagging behind its neighbors in both the extent of Chinese economic commitments and the level of bilateral security cooperation. Instead of elevating the Sino-Iranian relationship to new heights, the late signing of the CSP may be an indication It is clear that Iran wants to catch up with its neighbors.

Third: The new agreement will reach 400 billion dollars over the next 25 years, which means that China will need to invest 16 billion dollars on an annual basis, and this is an astronomical amount when taking into account that the total foreign direct investment in the Kingdom of Saudi Arabia, the largest oil producer In the world and a country not burdened by US sanctions, it has averaged only $ 5.1 billion over the past five years.

Fourth: Trade and investment between China and Iran faced difficulties, even with the launch of the Belt and Road Initiative in 2013, which is China’s ambitious plan to link Eurasia by investing in infrastructure, as Iran was under the most severe sanctions ever imposed by the United States, but trade grew between China and Iran despite sanctions, but this growth was mostly a reflection of China’s emergence as a major global supplier of goods

Meanwhile, planned investments in energy and transportation infrastructure hit a wall as the risk of sanctions proved to be too great for major contractors in China.

Fifth: China is not expected to obtain security gains from this agreement, as tensions between the United States and Iran have more than complicated trade between China and Iran. About 3 million barrels per day of crude oil passes through the Strait of Hormuz on its way to China, making it The biggest oil customer on this trade route, the prospect of a regional conflict halts the course by pushing Beijing to engage more in Middle East security, although it remains reluctant to get involved in the complex politics of the region. China has conducted multilateral naval exercises with Iran and Russia under the pretext of combating piracy and terrorism. China has used its CSP deals to organize security cooperation with countries across the region, including those it sees as competing with Iran, and as partners of the United States. The naval exercises with Iran are usually accompanied by Chinese exercises with the Royal Saudi Navy within the same few weeks.

Sixth: China, as a permanent member of the United Nations Security Council, is one of the signatories to the Iran nuclear deal, and it will benefit

Economically from resuming this nuclear control measure and increasing regional stability, and that lifting international sanctions would help Chinese trade and investment in Iran, and in light of this, it is unlikely that the CSP program with China will encourage Iran’s moves away from the nuclear deal. Iranian Foreign Ministry Javad Zarif is his counterpart as a “friend of difficult times,” but China and Iran know that the United States’ return to the Iran nuclear deal serves their interests better.

This agreement represents an attempt to restore Sino-Iranian relations to be in line with the rest of the Middle East countries, instead of expanding beyond the usual for China’s engagement with the region, and it seems that these still need to be settled, in the form of specific contracts and plans for cooperation, despite the uproar. That surrounded the agreement, something is still hindering Sino-Iranian relations, whether it is China’s reluctance to entangle the Iranian economy, which is suffering from sanctions, Iranian fears of losing sovereignty, the complex geopolitics of the Middle East, or a combination of the three 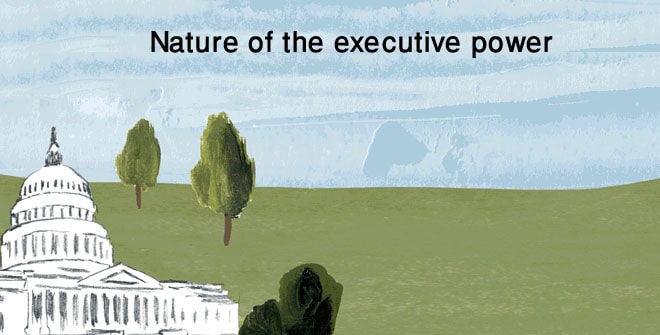 Nature of the executive power 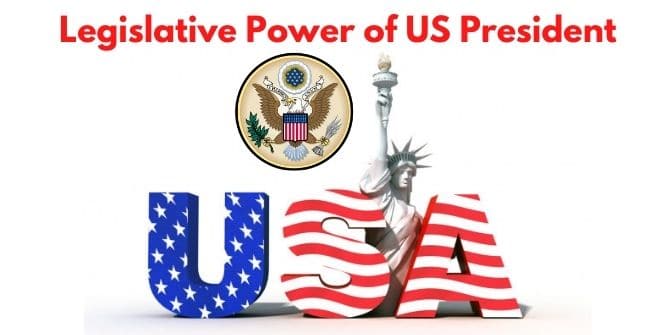 Legislative Power of US President 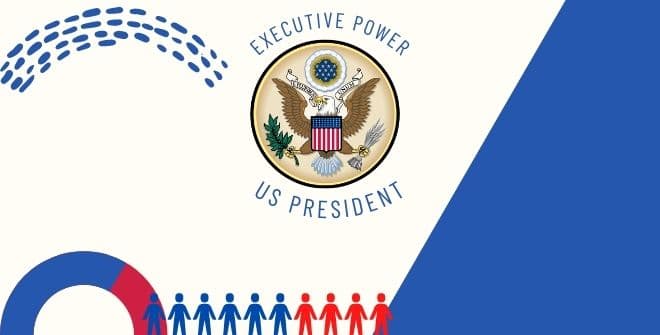 Executive Power of US President 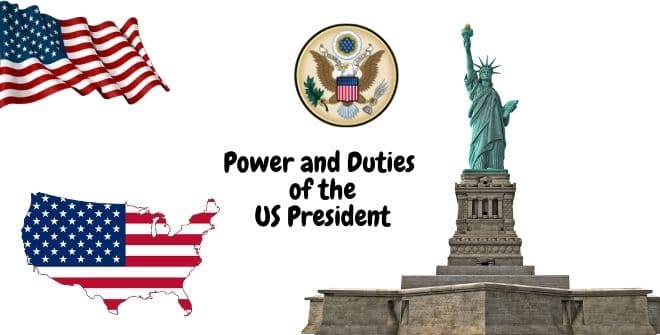 Power and Duties of the US President