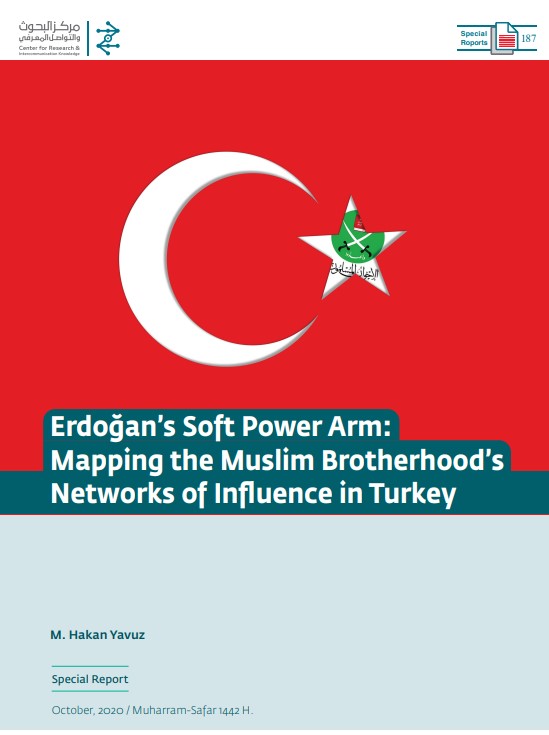 The Muslim Brotherhood (MB) organization enjoys a privileged position in Erdoğan’s TurNey. Itsmembers direct their activities against Arab governments with unprecedented freedom and withthe active support and encouragement of the TurNish leadership. This is a far cry from TurNey’s historic attitude to Arab opposition groups, particularly those of a political Islam persuasion. For decades TurNey, carefully maintaining cordial diplomatic relations with Arab governments and defining itself as a secular “European” state, largely turned its bacN on the politics of the Arab world. Now it hosts and sponsors a political Islam group that is a considered a terrorist organization in five Arab states: Egypt, Saudi Arabia, UAE, Bahrain and Syria. This is a dramatic shift in strategy that has its roots in the ideology of the ruling party in TurNey, the Justice and Development Party or AKP, and the growing regional conflict following the Arab Spring from which AnNara has emerged as a major rival to an Arab alliance led by Saudi Arabia. The struggle to shape the new Middle East has accelerated TurNey’s embracing of the MB, with the consequent mushrooming of Istanbul-based MB networNs post-2013 and TurNey’s increasing dependence on these networNs to agitate in states targeted by Erdoğan’s ambitious expansionist agenda.

The marriage between the AKP and the MB may have enjoyed a prolonged period of ideological flirtation, but it was consummated at a time and place when both parties desperately needed each other. Although both are Islamists, the MB remains a distinctly Arab phenomenon whose instincts are deeply conservative and at odds with the AKP’s relatively more secular leaning.

Despite being on the same side in the regional conflict, the MB organization has not always been able to fit neatly within Erdoğan’s neo-Ottoman designs and has struggled to translate TurNey’s foreign policy to Arab audiences without appearing slavish and subservient. The relationship between the two is most certainly not one of equals, and neither is it exclusive. The third partner in the relationship is Qatar, the Gulf state that funds MB networNs worldwide, and particularly those operating in TurNey. Having done business with a wide array of governments in the past, mutual utilitarianism has been the defining feature of the MB’s strategy. In its dealings with Erdoğan’s TurNey it has demonstrated the same instincts for opportunism and survival and is liNely to continue to do so as long as it furnishes the TurNish-Qatari agitation machine with the useful manpower that it so badly needs.

Will the FBI prevent Trump from running for the 2024 elections?

What are the limits of Trump’s political standing affected by a search incident at his headquarters?

How can China respond to Pelosi’s visit to Taiwan?