What do Apple and Manchester United have in common? These world-famous brands have created their own bank cards with no original link to the financial sector. This ease of issuing cards is made possible by the “Card-as-a service” (CaaS) model deployed by Fintechs…

A system dusted off by Fintech

Initially, the concept of “white label” credit cards was based on a partnership between a bank and major companies such as airlines. These cards are developed and supervised by traditional banks (Mastercard, etc.). However, each time an airline wants to issue a new card with a new loyalty scheme, the terms have to be renegotiated with the issuing banks. You have to start from scratch. A process that can take several months compared to now a few weeks with CaaS.

How is it possible ? CaaS providers offer global and turnkey solutions for businesses, industrializing the entire card issuance process such as banks, payment processors, identity verification, compliance, customer service, risk management … Until delivery of the physical or virtual card. Using open APIs, companies customize their own card programs to test new business models and increase brand awareness. As a result, card time to market is melting like snow in the sun. 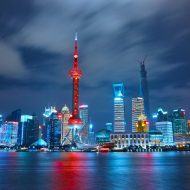 In a difficult economic context, Tencent and ByteDance lay off more

A world of “facilitators”

Created in 2010 in the United States, Marqeta, which operates using an open API, has notably enabled Uber and Coinbase to issue their own cards. Its platform issues physical and virtual cards with the possibility of activating or deactivating parameters (annual percentage rates, etc.). Recently, this “à la carte” card designer entered into a partnership with Klarna, the deferred payment player, to create the Klarna card: “Pay in 4”. Marqeta is positioned in the middle of Fintech, card providers such as Visa, Mastercard, Pulse and issuing banks. In addition to its open API, this platform works with a Sandbox environment for testing. Marqeta’s main competitor, which operates on a similar model, is Galileo Financial Services (owned by Fintech giant SoFi), which is behind the card programs of Revolut and Robinhood. Among the competitors, there is also Stripe, the global payments giant. Other facilitators have specialized in certain “verticals”: ​​Cardless for sports teams (Manchester United, Boston Celtics, etc.) or Nudge for influencers, etc.

The opening of the market to competition allows a whole new generation of credit cards. For example, a cardholder may be interested in crypto so their card allows them to tie each spend to a crypto wallet investment. Similarly, a credit card created by a health and wellness app could implement a cash rewards system that is activated when the cardholder achieves weekly fitness goals on their device. portable. The options are virtually limitless.

The resistance of historical actors

There are “historical” financial players who are taking the lead. This is the case of Goldman Sachs at the origin of the success of the Apple Card. The famous bank has developed an advanced application programming interface for this product and would seek to replicate the Apple card model with other partner companies. In doing so, Apple could be tempted to one day launch its own bank card by relying solely on its own skills, yes by proceeding through external growth. Indeed, Apple bought the startups Credit Kudos and Mobeewave which would allow the company to transform iPhones into payment terminals. More recently, the Apple firm launched its “Buy Now, Pay Later” service which will operate using the Mastercard network and will be integrated into the Apple wallet.

The banking landscape and that of cards have therefore not finished being upset. To be continued…