Users of Novi, Meta’s digital wallet, received an SMS asking them to withdraw their money “as soon as possible” and a link to a help pagediscovered by Bloomberg. Novi has been tested for money transfers between the United States and Guatemala since October 2021.

After Diem, it’s up to Novi to meet a disastrous fate

As of July 21, it will no longer be possible to add money to Novi, for a definitive closure of the service on September 1. Meta advises its customers to recover their money, otherwise the company undertakes to try to return it. 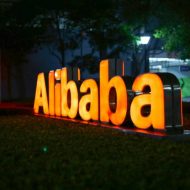 The end of Novi. Screenshot

With the end of Novi, a page in the history of Facebook is turning. It’s one of the company’s most resounding failures, the attempt to create its own cryptocurrency (and accompanying digital wallet). At the initiative of an association supposed to develop Libra, the announcement in 2019 was greeted by an outcry from regulators around the world.

Libra, too attached to Facebook to try to change its name, renaming itself Diem. Several rumors mentioned an upcoming release of the cryptocurrency, yet when Novi was released, it was without Diem, yet expected. Instead, the Paxos USDP stablecoin was used, with the help of Coinbase.

A decision understood as the end of Diem despite the denials of the time. The departure, in December 2021, of David Marcus, at the initiative of the project, completed it. Facebook’s cryptocurrency was sold in late January, early February, 2022 to Silvergate Bank for $200 million. Novi will have survived a little longer, but has a good chance of disappearing as such.

(Read more)  Binance accused of allowing Iranians to use its services

A metaverse without Meta currency? Unlikely

Facebook, now Meta, has not given up. In the age of the metaverse, digital currencies and wallets are more relevant than ever. Mark Zuckerberg explained in April “ I would like the clothes your avatar wears in the metaverse to be cashable as NFTs and you can take them to your different locations “.

NFTs have started to be tested on Instagram, they have been deployed to some American Facebook users. A currency, not based on the blockchain, the Zuck Bucks, would also be under development.

Meta informed Bloomberg that the Novi experience will be mobilized for other projects, ” We are already leveraging years of building capabilities for Meta as a whole on the blockchain and introducing new products, such as digital collectibles “. The company has also and above all learned the hostility of countries that such a powerful private actor mints its own currency, a lesson that will be very useful when it comes to taking the currency out of the future metaverse of Meta.