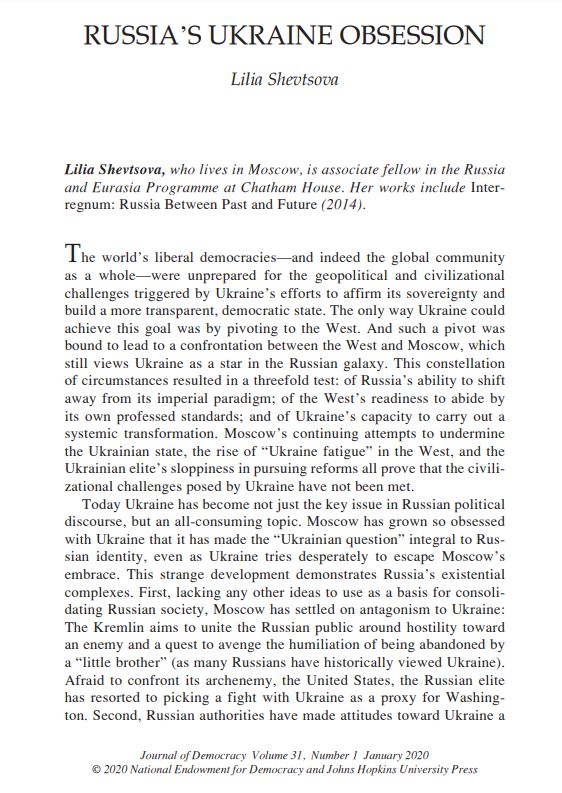 The world was unprepared for the challenges triggered by Ukraine’s efforts to affirm its sovereignty and build a more transparent, democratic state. The only way Ukraine could achieve this goal was by pivoting to the West. In response, Moscow has not only attempted to undermine the Ukrainian state; it has made antagonism to Ukraine its basis for consolidating Russian society. While Western leaders have been looking for ways to enable Vladimir Putin to voluntarily “de-escalate” the crisis, the Putin regime has returned to a survival formula that involves insulating Russia from liberal influence and forcing the West to accept the Kremlin’s approach to dealing with the world. It has staked its political survival on demonizing and destabilizing Ukraine. If the Ukrainian revolution grinds to a halt, its breakdown will be due not only to the Ukrainian elite’s inability to think strategically, but also to the West’s failure to support Ukraine’s pro-European trajectory.