On July 1st, the Paris Public Prosecutor’s Office entrusted an investigating judge with the investigation in France into the use of the Pegasus spyware. Last year, this project was the subject of an international scandal just as important as the cyber-espionage affair linked to the revelations of Edward Snowden in 2013 around the National Security Agency (NSA).

In July 2021, after several months of investigation, a consortium of 17 media supported by Amnesty International revealed several facts about the Pegasus project. This spy software developed by NSO Group was intended to help intelligence services to fight against terrorism and crime, due to its ability to be introduced very easily into any Apple or Android smartphone without it notice it. 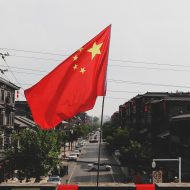 How Beijing lured Chinese students to fuel its cyber-espionage actions?

While Pegasus had been suspected for a few years of being misused, the media consortium had access to a file containing 50,000 telephone numbers identified as targets of NSO Group customers. Among the victims of Pegasus are the numbers of several hundred politicians, business leaders, journalists and human rights activists. This information has caused outrage since the people targeted by the spyware seem far from being criminals or terrorists.

Immediately after being informed, the Paris prosecutor’s office opened an investigation into spying on French journalists and one of Emmanuel Macron’s cell phones on behalf of the Moroccan state. A fact that had been presented by the consortium of 17 international media that revealed the case. At present, Morocco strongly disputes this accusation.

In addition, the survey also targets:

In this sense, a judicial investigation has therefore been opened against X by the cyber section of the Paris prosecutor’s office. France is not the only country to have launched an investigation: in Spain, justice indicated that the judge investigating the espionage of several members of the Spanish government, including Prime Minister Pedro Sanchez, wanted to question the boss in Israel. of NSO Group. A special investigation committee has even been created by the European Parliament for the alleged use of Pegasus within the EU.