Additions (to include Greece and Turkey) were declared by the President of the United States on August 24, 1949 and amended (Article 6) by the October 17, 1951 Protocol; To include the Federal Republic of Germany, under the 23 October 1954 Protocol 263 Stat. 2241; Treaties and Other International Decree Series 1964.

The parties to this agreement reaffirm their belief in the goals and principles of the United Nations Charter, and their desire to live with all peoples and governments in peace. The parties affirm their insistence on protecting freedom, the common heritage, and the civilization of their peoples, which are based on the foundations and principles of democracy, freedom, individuality, order and law. They seek to consolidate stability and prosperity in the North Atlantic region, determined to unite efforts, for collective defense, protection and maintenance of peace and security, and accordingly, they have agreed on this agreement:

The parties will contribute to the continuing development of international relations of peace and friendship at a time when they support their free institutions and achieve a better understanding of the principles and foundations on which these institutions are based. They also seek and encourage factors of solidarity and prosperity, as they seek, in their international economic policy, to Avoiding disputes and contradictions, and encouraging and supporting economic cooperation, between all parties, individually or collectively.

To better achieve the objectives of this agreement, the parties, individually and collectively, work through effective, permanent self-reliance, and mutual support, to achieve a force of resistance, self-conviction, and common, against attacks and armed attacks, and continue to develop that.

The parties consult with each other, when any of them feel that the peace of the region, or political independence, and the security of one of the parties is threatened.

The parties agree that any attack or armed aggression against one of them, or several parties, in Europe or North America, is considered aggression against them all, and accordingly, they agree that, in the event of such armed aggression, all One of them, in implementation of Article 51 of the Charter of the United Nations, has the right to self-defense, individually or collectively, to provide support and assistance to the party, or parties, which are under attack, to take self-measures, in cooperation with other parties, without delay. Including the use of weapon force, which he believes is necessary to restore security to the North Atlantic region, and to confirm it. The Security Council is informed without delay of every attack and armed aggression, and all countermeasures taken against it. Measures will be stopped, as soon as the Security Council takes the necessary steps to restore and stabilize international peace and security.

According to the concept of Article 5, any aggression or armed attack on one or more parties is considered:

This agreement does not affect and cannot be interpreted as affecting the rights and duties of the parties, members of the United Nations, as a consequence of its charter, nor does it affect in the first place the responsibility of the Security Council in the maintenance of international peace and security, and it cannot be interpreted in such a way. .

The parties shall form and form a council, in which each of them is represented, to discuss and study issues of implementation of this agreement, and this council shall be formed and built, so that it can meet at any time and quickly. The Council shall establish subordinate bodies and bodies, as long as it is necessary, and in particular, it shall, without delay, form a defense committee, which shall undertake the task of recommending special procedures, in the implementation of articles (3 and 5).

The parties can, through a collective decision, request that every other European country that is able to support the principles of this agreement and contribute to the security of the North Atlantic region, join the alliance. And every country that is invited, as previously mentioned, can, by depositing its instruments of accession with the United States government, become a member of this agreement. The United States government, in turn, informs each party of submitting such a document to it, and depositing it with it (a document and a document of accession).

The parties ratify and approve the agreement in a manner consistent with their constitution, and then implement its provisions and regulations. The documents and instruments of ratification are deposited with the United States as soon as possible, which in turn informs all other signatory countries of the convention of every deposit that takes place with it. The convention will enter into force and enter into force among the ratifying countries, once the majority of the signatory countries have deposited their instruments of ratification. Including, the attestation documents of: Belgium – the United Kingdom – France – Canada – Luxembourg – the Netherlands – the United States. As for other countries, it becomes effective for them, on the day of depositing their instruments of ratification, of the Convention with the United States.

Ten years after the entry into force of the Treaty, or at any other time, the parties accept, at the request of one of them, to hold consultations, regarding the re-review of the Treaty and its studies, in light of the circumstances that subsequently affect the peace and security of the North Atlantic region. Or based on any development that may occur to international and regional conventions, in order to maintain international peace and security, within the framework of the United Nations Charter.

After the period of validity and implementation of the treaty, for a period of twenty years, any party has the right to withdraw from the agreement. And that is after a year of presenting a warning, or a notification to that, to the United States government, which informs the governments of other parties, with a note, of depositing all notifications and warnings they receive.

For the Kingdom of Belgium: P.H. SPAAK –  SILVERCRUYS

For the Kingdom of Denmark .: GUSTAV RASMUSSEN – HENRIK KAUFFMANN

For the Kingdom of the Netherlands: STIKKER –  EN VAN KLEFFENS

For the United States of America: DEAN ACHESON

Europe at war: Globalization vs Geopolitics 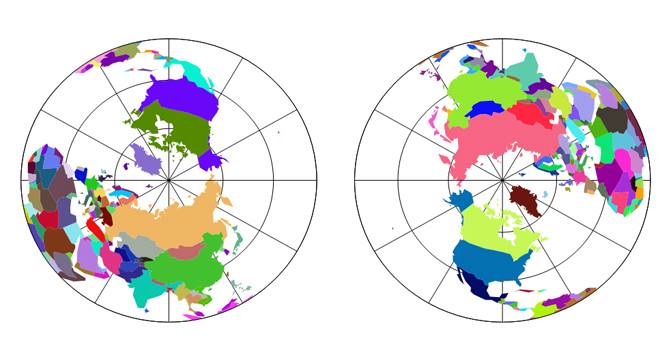 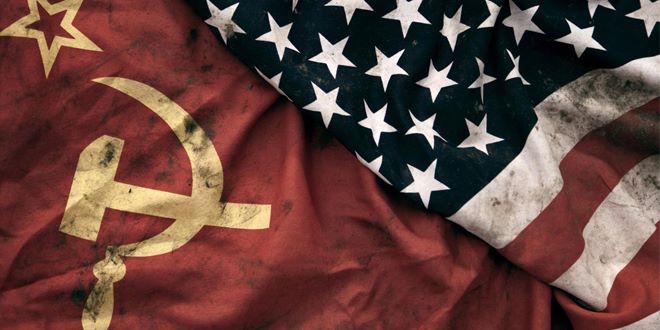