Vauld freezes its transactions following large withdrawals from its customers

It was in 2018 that Darshan Bathija founded Vauld, a Singaporean platform specializing in staking services. Thus, the company offers cryptocurrency loans on a blockchain in exchange for interest. The company offered yields on dozens of different cryptocurrencies, with interest rates fluctuating up to 40%. 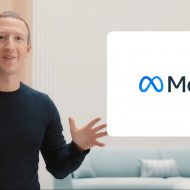 While Vauld could enjoy the 800,000 customers who regularly used its platform, the company announced that it was facing financial difficulties that had arisen in particular due to the volatility of the cryptocurrency market. As the firm points out, we ask customers to understand that we will not be able to process new requests or instructions. Specific provisions will be made for client deposits which may be required for some clients to meet margin calls in relation to collateralised loans “.

For example, during the month of June, Vauld had to deal with large withdrawals from its clients of around $200 million. The platform considers that the collapse of the stablecoin USTC of the Terra blockchain is the cause of this destabilization of the market and its liquidity.

Vauld wishes to restructure under the best conditions

Like CoinFlex, Finblox, or even Celsius, Vauld is forced to suspend all transactions. The company specifies that it has called on legal and financial advisers to deal with this situation: Our management remains fully committed to working with our financial and legal advisors to the best of our abilities to explore and analyze all possible options, including potential restructuring options, that would best protect the interests of Vauld’s stakeholders. “.

(Read more)  Better than expected results for Samsung, despite the specter of inflation

The platform wants to ask the Singapore courts for a moratorium, which would stop all legal proceedings against it. The objective would be to gain time in order to carry out a restructuring and avoid any sanction, or even worse, a bankruptcy filing. Note that a few weeks ago, the company made the decision to lay off 30% of its workforce.

The company said that new service updates will be announced soon, in particular to avoid a similar situation.